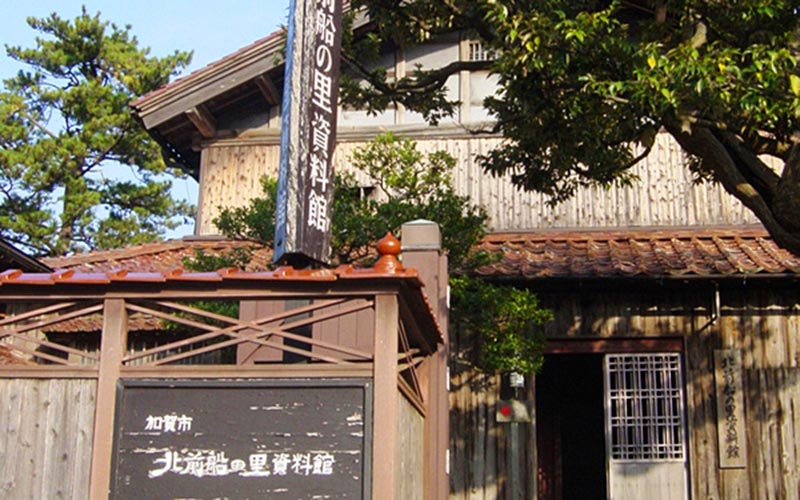 Conveying the figure of wealthy sea merchant to present

This is the mansion of Kitamaebune’s shipowner built in 1876. Kitamaebune ship was a type of trading ship in which ship owners themselves purchased and sold goods. They were active in the Sea of Japan from the latter half of Edo era to Meiji era, bringing in a great deal of fortune and culture. Gorgeous parts were used for pillars and beams in the mansion building. The pillars painted with layers of lacquer still maintains a splendid luster. Many precious materials such as tools used for navigation, chests for the ships, ema of ships (votive picture tablets) are on display.